Why do more women get IBS? 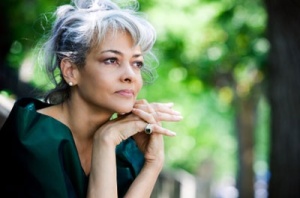 The answer to the question partly depends on how IBS is defined.  IBS is not a disease that has a definite cause and pathology.  It cannot be defined objectively.  It depends on how it is perceived and who is perceiving it.

The Irritable Bowel Syndrome was defined by committee of medical opinion leaders as a container for all those bowel symptoms that could not be explained by colitis, Crohn’s, coeliac disease, cancer or any other discrete gut disease.  According to the accepted ‘Rome’ diagnostic Criteria, IBS is more common in women than men by a ratio of about 3:2.   This ratio is greater for those referred to secondary or tertiary care centres and for symptoms, such as bloating, early satiety and constipation.

The reasons for this have been explained by differences in physiology.  Oestrogen and progesterone can delay the passage of food and food residues through the gut.  Gastric emptying, small bowel transit and colonic transit all tend to be slower in women compared with men.  Constipation, bloating and heartburn are more common towards the end of the menstrual cycle and during pregnancy when levels of these hormones are highest.  The loose bowels that occur during menstruation have been explained both by the sharp reduction in hormone levels and the release of prostaglandins along with the uterine lining.

There is also evidence for changes in intestinal sensitivity.   Not only is the gut of patients with IBS more sensitive to distension but also women feel pain at lower thresholds than men.  This implies that when the guts are stimulated by certain foods or events, women would feel and react to it more.   A teleological argument has been evoked to explain this feminine sensitivity.  The risks and demands of pregnancy would require a greater attunement to internal signals.

But we must look at the bigger picture.  There is little objective justification for regarding IBS as a discrete disease.   It is more just one aspect of a state of ill health or dysphoria that affects both the mind and the body.  Kurt Kroenke and Robert Spitzer showed in a paper published in 1999  that bodily symptoms in general, but particularly unexplained symptoms are more commonly reported by women than men.  Similarly, psychological symptoms of anxiety and depression are more frequently reported by women and multivariate analysis showed a strong correlation between psychiatric and bodily symptoms.  Anxiety is associated with hypervigilance and a reduction of the normal inhibition of sensory signals emanating from the gut and other areas of the body.  Other unexplained illnesses such as Fibromyalgia, eating disorders, chronic fatigue syndrome, irritable bladder, back ache, headaches and also commoner in women and strongly associated with psychological co-morbidity.

Studies in mice have indicated that the microbiome is different in males and females after puberty and may interact with hormones to activate the immune system.  If this applies to humans, it might influence the gender incidence of  immunological disorders of heightened sensitivity including IBS.  Gender differences in food consumption could also influence the composition of the microbiome?

So might there be something in gender stereotypes?  Do women tend to be more sensitive than men?  Does this confer a greater proclivity for child rearing and stabilising family dynamics?  If so, then the hard fought right to compete on an equal basis with men in the workplace would cause internal conflict between two divergent modes of existence,  which would be expressed through activity in the sympathetic and parasympathetic nervous systems and result in abdominal discomfort, erratic bowels and other disorders of sensitivity.  But it could also be argued that, despite great advances, the relative disempowerment of women both in the home and the workplace continues to cause  frustration, depression and internal conflict.

So are woman more susceptible to the stresses of modern life than men?  As Susie Orbach has commented, women have to negotiate a myriad of role changes.  So does the diversity in their various roles as mother, home maker, carer, worker, wife and lover increase the propensity for internal conflict, bowel disturbance and pain?  Might the much vaunted ability of women to multitask would come at a cost to their internal comfort?  In the more traditional cultures of Southern and southeastern Asia, IBS is slightly less common in women than men.  In the west, the more monodimensional male stereotype of ambition and competition in the workplace or on the sports field might imply a greater ability to  suppress internal signals.

Are women also more vulnerable to domestic trauma?  Two hundred years ago,  Lord Byron wrote that ‘Man’s love is of man’s life, a thing apart. ‘Tis woman’s whole existence’.  Although we might question Byron’s perspective on gender relationships, we could paraphrase his statement by saying that disruptions in relationships, the family, home ‘affect’ women more than men, who find more meaning and a sense of mission in their work.  Many of the women, who consult me for psychotherapy, report that their IBS commenced after the collapse of a meaningful relationship.

But is this blogpost just another tract written by a man trying to fathom the mystery of women? Even Sigmund Freud said that for psychology, the sexual life of adult women is a dark continent.