Candidiasis: is it now time to reappraise the yeast connection? 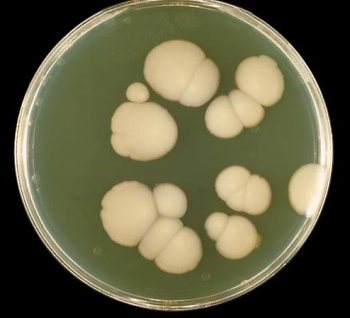 Someyears ago, before the microbiome revolution, I wrote an article on Candidiasis and IBS for The IBS Network. It described the current state of the art and concluded that ‘there is no credible scientific evidence to support the notion that candidiasis is a cause of Irritable Bowel Syndrome. Antifungal treatments & restrictive diets may cause harm.’

Ars longa, vita brevis. The art is long, but life is short. What goes round comes round. Ideas that were once moribund are being resuscitated.

The new millennium witnessed a major scientific achievement: the human genome was finally sequenced. Proclaimed as the breakthrough that would revolutionise understanding, prevention and treatment of human disease, the predictions have  turned out to be true, but not in the way the geneticists originally thought.

The same techniques that were used to sequence the human genome also identified the genomes of many other species, notably the micro-organisms that colonised the human gut: the colonic microbiome. The scale and speed of this discovery is probably unparalleled in the field of scientific endeavour. We now know there are trillions of bacteria in the gut, a complete ecosystem that carries out numerous metabolic functions, primes and conditions the immune system and affects every other function in the body, even the way we think and feel. Moreover, our diet, life style, stress and the use of powerful antibiotics are responsible for depleting and destabilising the ecosystem, allowing opportunistic organisms, normally present in the gut, to proliferate and invade the boundary layer of cells that control access to the rest of the body, thus stimulating the immune system and causing disease, not only in the gut but in the rest of the body. Candida albicans is one such organism. Suddenly, it seems much more likely that the notions on Candidiasis proposed by C. Orion Truss (The Missing Diagnosis) and William J. Crook (The Yeast Connection) in 1983, so widely disregarded by the medical profession, may turn out to have some credibility after all.

The following paragraphs are taken from my original article (in italics), but I updated them with some speculations based on recent findings.

Candida albicans is a fungus that is normally present on the skin, and in the mouth, vagina and bowel. For most people, it is completely harmless, kept in check by other micro-organisms and immune surveillance, but under certain conditions, it may multiply and invade deeper layers of the skin and mucous membranes causing itching and inflammation. It is most common in the vagina, where it may be recognised as adherent white plaques or patches. This is known as ‘thrush’ or candidiasis and may occur when the bacteria which normally maintain a low vaginal pH are discouraged by douches or antibiotics or when the vagina is unusually dry. Hormonal changes and the use of tampons have also been implicated.

Candidiasis in other parts of the body is uncommon and only occurs when a person’s immunity has been weakened by serious illness, treatment with steroids or chemotherapy, or the microbial ecosystem has been depleted and destabilised.

It has been claimed that many people have an allergy or hypersensitivity to Candida and that this can cause a whole range of common, otherwise unexplained symptoms. They include fatigue, irritability, mood swings, depression, anxiety, unexpected weight gain, muscle and joint pain, cravings for sugar or alcoholic beverages, dizziness, diarrhoea, constipation, abdominal bloating, difficulty in concentrating, earache, breathlessness and wheezing, frequent coughs and colds, acne, eczema, headaches, premenstrual tension, rectal itching and many more. Some of these symptoms may be similar to those of IBS, which has prompted the question of whether IBS is caused by overgrowth of or hypersensitivity to Candida. However, there is no medical evidence that Candida is responsible for IBS or any of the symptoms included in the above list.

The notion that a single disease with a distinctive pathology could be responsible for so many different symptoms has been dismissed as ludicrous or attributed to the effects of stress and health anxiety.  Nevertheless it is now become clear that dysbiosis can alter the permeability of the gut, allowing organisms including candida to invade the gut wall, get into the circulation, stimulate the immune system and cause low grade inflammation throughout the body.   It is therefore quite feasible that this could result in a range of otherwise unexplained symptoms.

Crook further commented that tests such as cultures don’t help much in the diagnosis because ‘Candida germs live in everybody’s body’. So candidiasis hypersensitivity is more a matter of belief than fact.

Are antibodies to Candida spp found in more people with IBS than healthy subjects?  One would think they would be.  I have searched the literature and cannot find a definite  answer.  if anybody knows, please tell me.

What is thought to cause candidiasis?

Crook claimed that the problem arises when the immune system is depressed and when anything upsets the healthy balance between yeasts and ‘friendly bacteria’ that normally keep them in check.

So, according to The Yeast Connection, candidiasis may be triggered by:

Gastric acid prevents bacteria from entering the small intestine. Recent reports have suggested that brain fog and other symptoms be more common in people taking high doses of acid blockers especially if they are also taking probiotics. These conditions could lead to an overgrowth of bacteria and fungi in the small intestine.

Reproductive hormone therapy and antibiotics could certainly lead to vaginal thrush, which in theory might lead to fungal invasion and widespread bodily symptoms.

Diabetes, steroids and anything that suppresses the immune system can stimulate overgrowth of yeasts.

There is, to my knowledge, no specific evidence that diets high in refined foods, sugar or yeasts, could lead to candidiasis in the gut.   Nevertheless, poorly absorbed sugars and fibre nourish the microbiome.  Thus, a highly refined diet has been implicated as a cause of dysbiosis, which would include and overgrowth of candida.  Since candida is a normal inhabitant of the gut, I doubt that restricting fermented foods will make any difference to colonic dysbiosis.

Crook believed that certain foods feed the yeast and should be removed from the diet. These include:

On the other hand, he advocated the following:

Antifungal drugs, such as nystatin (Diflucan) and ketoconazole (Nizoral) or amphoteracin B (fungizone) can cause toxic reactions and should be restricted to patients, who are shown to have a profuse overgrowth of candida.

The dietary advice has some dubious logic to it, but if, as seems likely, colonic dysbiosis is a major cause of candida overgrowth and colonic permeability, then a diet that is rich in fibre and poorly absorbed simple and complex sugars would help to restore the microbiome. If, however, patients have symptoms that indicate a sensitive gut, then reducing foods containing large amounts of poorly absorbed sugars that are most rapidly fermented would help to reduce symptoms while the microbiome is replenished. This would include onions, pulses, stone fruits and perhaps also bread and some wheat products.

Candida albicans is a normal inhabitant of the gut but is normally kept in check by other microflora and immune surveillance.  Diet, stress and life style factors can lead to colonic    dysbiosis, which has been implicated in the pathogenesis of IBS and candida overgrowth may be a component of that.  Dysbiosis is probably best treated ecologically by diets that nourish the microbiome, though they may have to be introduced gradually because they might stimulate symptoms while the gut is still inflamed and sensitive.

3 comments on “Candidiasis: is it now time to reappraise the yeast connection?”

This entry was posted on August 19, 2017 by nickwread in Microbiome, Small intestinal bacterial overgrowth, Uncategorized and tagged Candida, Candidiasis, Thrush.