Auto-intoxication revisited: could our diet be promoting the bacteria that slow down the colon? 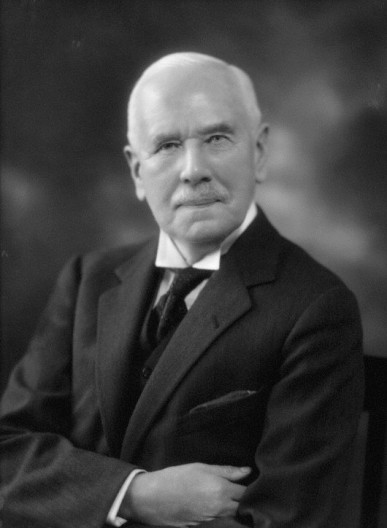 Constipation isn’t just about the difficulty in passing faeces; it can also make you feel unwell. People with constipation often complain of headache, bad breath, furred tongue, anorexia, flatulence, irritability and insomnia. They have a vague, indescribable sense of ill-health and are greatly relieved by defaecation. A hundred years ago, the acclaimed surgeon of Guys Hospital, Sir William Arbuthnot-Lane, the same man who removed King Edward VII’s appendix on the eve of his coronation, attributed these symptoms to chronic intestinal stasis. With stasis, he claimed, bacterial flora were altered to favour organisms capable of producing toxins. The absorption of ill defined toxins in quantities that exceeded the detoxifying capability of the liver and kidney led to depression, premature senility, refraction errors and falling hair and many of the other ailments that afflicted mankind, echoing ancient ideas that were inscribed even in an Egyptian pharmaceutical papyrus dating from the 16th century, B.C. Thus Arbuthnot-Lane declared, “ I have no doubt that autointoxication is the cause of all the chronic diseases of civilization”. These included hypertension, arthritis, cholecystitis, atherosclerotic plaque formation, various cancers, and skin disorders (1). Lane would surgically remove the colon for a whole range of ailments. His views were not unusual for their time. Even the Russian Nobel Prize winner, Elie Metchnikoff felt that the colon was a useless organ and dangerous encumbrance. One of his assistants even declared that, ‘Every child should have its large intestine and its appendix surgically removed when 2 and 3 years of age.

Views on the dangers of colonic putrefaction have continued to have considerable influence. Regular colonic cleansing with laxatives, enemas and colonic hydrotherapy is still common. J.E. Barker (2), a supporter of Lane ,advocated a lacto-vegetarian diet that contained wholemeal bread and bran porridge because of its fermentative and bowel opening effects. These views run counter to the current enthusiasm for the low FODMAP diet. At least, the enthusiasm for colectomy for chronic constipation has only recently been restricted to a small number of highly selected patients with intractable constipation.  In 1922, A.N. Donaldson (3) attempted to disprove the auto-intoxication hypothesis by instructing five healthy men to refrain from defaecation for 90 hours. Each man complained of symptoms of coated tongue, foul breath, mental sluggishness and headache; they also became depressed, restless and irritable. All experienced immediate relief after an enema. Donaldson produced identical effects by packing the rectum with cotton wool and suggested that the symptoms might be due to distension and mechanical irritation.

Although specific toxins absorbed from the bowel have never been demonstrated, 100 years later, the notion of auto-intoxication has been revived by evidence that instability and depletion the colonic microbiome may be responsible for a variety of illness, including arthritis, obesity, coronary artery disease, Parkinson’s Disease, Alzheimer’s and depression.  Some time in the 1980s, I raised this possibility in a meeting of The Nutrition Society, only for it to be scornfully rejected by the chairman, ‘Thank you, Dr Read, but none of us wish to resuscitate Metchnikoff’.

Recent studies have shown that constipation can give rise to an overgrowth of micro-organisms called Archaea that utilise excess hydrogen together with methanol or acetate to generate methane. In experimental animals, methane has been shown to slow transit and cause constipation. Thus constipation would allow time for slowly replicating methanogenic bacteria to bloom and build up concentrations of methane that might further slow transit. In that respect, it is relevant that refined diets, low in fibre, slow colonic transit and are associated with increased methanogenesis and constipation.
So once constipation develops it can quickly become established unless radical treatment is applied to flush out the colonic contents that a change in diet can establish a new colonic milieu.

But, the colonic contents or faeces may not be the critical environment. Recent studies indicate that the populations of bacteria adjacent to the colonic epithelium may play a much bigger role.

In 1935, Sir Arthur Hurst, founding president of the British Society of Gastroenterology, wrote, ‘No organ in the body is so misunderstood, so slandered and maltreated as the colon’. His comment still applies 80 years later. But is this about to change?

3 comments on “Auto-intoxication revisited: could our diet be promoting the bacteria that slow down the colon?”

This entry was posted on September 13, 2017 by nickwread in Constipation, Microbiome, Uncategorized and tagged auto-intoxication.