Constipation: a consequence of embarrassment, suspicion, intrusion and bad habits. 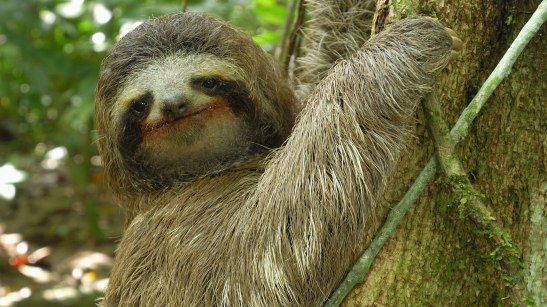 Human beings are social animals. We talk, eat, work, relax and sleep in public. The only things we tend to do in private is defaecate and have sex. We are even not so concerned about weeing in public, but having a crap, a shit, or a dump is always a private moment. You might think this only applies to western ‘urbanised’ races. Not so! When I was travelling in rural Africa collecting faeces for a epidemiological study of schistosomiasis, the tribespeople would always find a private spot in the scrubland some way outside the village to defaecate – and they would present their specimen to me covered with a large leaf. The same applied to rural India, even though women going into the jungle for a private moment were at risk of being attacked and raped.

Tasmania is the most wonderful environment to trek through. On the remote South Coast Trail, nine days from civilisation, the toilets are no more than holes in the ground surrounded by bushes, though some are fitted with a pedestal. Seated in solitary though somewhat exposed splendour, it always took some time before my colon felt sufficiently reassured to function. Constipation can be an unwelcome companion when trekking in the bush.

Arguably the most constipated mammal, The Amazonian Three Toed Sloth spends nearly all of its time high in the jungle canopy, and only comes down to the forest floor once a week to defaecate. That is the time it is most at risk from predators.

The implication is that defaecation is an act of privacy, when one feels most vulnerable to embarrassment and intrusion. This might explain why people often get constipated when they go on holiday. People often think it’s the water or the food that has seized their bowels, but those would be more likely to cause diarrhoea. Their constipation is more likely to be due to a lack of confidence in unfamiliar surroundings.

Embarrassment and the threat of intrusion may also explain why among younger adults, women are nine or ten times as likely to develop constipation as men. Women are more vulnerable to intrusion, particularly sexual intrusion. Both defaecation and sexual intercourse requires a context conducive to confidence and relaxation. It is therefore not surprising that so many women with severe constipation report a history of sexual abuse or unwanted sexual attention.

Constipation might be thought of as a metaphor for sexual inhibition. The term anismus, paradoxical contraction of the external anal sphincter during attempted defaecation, has a similar etymology to vaginismus, contraction of the pelvic floor muscles in an attempt to prevent penetration. Admittedly, it is possible that reproductive hormones might also play a role, although research does not support a large variation in bowel habit during the menstrual cycle. Progesterone is known to slow colonic transit. Perhaps the constipation that occurs during the latter stages of pregnancy when progesterone levels are particularly high might prevent the risk to the pregnancy of vigorous coitus. Or is that taking the metaphor too far?

People find as difficult to talk about ‘going to the loo’. Few people these days use anglo-saxon terms like shit or crap in polite mixed company. If they talk about it at all, they are more likely to refer to a ‘dump’ or a ‘poo’ or perhaps a ‘big job’ or ‘jobby’. There was a time when the toilet was the ‘water closet’. ‘Public conveniences’ are still designated by the abbreviation WC. In the United States, young women will say they are going to the ‘bathroom’, but they’re not going to have a bath. Women of my mother’s generation would say, ‘I’m just going to powder my nose.’  They must have all had very shiny noses!

Even doctors tend to talk in euphemisms. They ask if we have passed a stool, had a bowel movement, passed water or if we have a pain in the back passage, prompting many an old music-hall joke. And they enquire about our bowel habit.

It all goes to show how shy we are about going to the toilet. People who write to The IBS Network about their constipation often report how they don’t like to go to public toilets or even the toilets in their friends houses, because they are embarrassed by the ‘smell’ or the ‘noise’. The less relaxed the sphincter, the more likely it is to reveal its anxiety with a loud squeak or a reverberating fart.

With so many connotations and inhibitions surrounding defaecation, is it surprising that so many people delay going until it feels safe? The problem is the longer it is put off, the more difficult it becomes. People living in busy households, where everybody needs to use the toilet at the same time, or those who commute into London on trains without a toilet, can easily get into a ‘bad habit’ of not going. If you ignore the ‘call to stool’ because the conditions are not conducive, then the bowel will often shut up shop and refuse to perform later when they are. And before long, you can find you can’t go at all without taking something.

Long distance travel can be a particular problem. Not only are you immobile for hours on end, but travelling across time zones means that the bowels become active, not first thing in the morning or after breakfast but later at work or in the middle of the night when conditions may not be convenient. It may take several days of constipation before the bowel adapts to a new time zone and then it may be time to return home.

We need peace to be able to ‘go’; peace and time! The colon needs to feel relaxed to propel faeces into the rectum and generate an urge to go. And the act of defaecation requires the sphincter mechanism and pelvic floor musculature to feel safe enough to relax and remove any resistance. If the situation is too rushed and the conditions too embarrassing or anxious, or if a person feels suspicious, distrustful, fearful or resentful, then the whole act will be delayed.

There are so many personal and local reasons that raise emotional tension. These range from the early morning family rush, long journeys on crowded suburban trains, a busy schedule at work, frequent travel, not to mention interpersonal suspicion, distrust, fear and resentment. All of these alter the balance of the autonomic nervous system supplying the colon, reducing activity in the parasympathetic nervous system and increasing activity in the sympathetic nerves. These actions would suppress colonic propulsion, increase the resistance in the sigmoid colon and inducing paradoxical contraction of the anal sphincter. Unfortunately, we are all living in a world that feels much less secure than it did. It may be that constipation will become more of a problem.

One comment on “Constipation: a consequence of embarrassment, suspicion, intrusion and bad habits.”

This entry was posted on September 19, 2017 by nickwread in Constipation, context, Meaning of symptoms, Uncategorized and tagged psychology of constipation.