It is not always what is so, but what you think is so 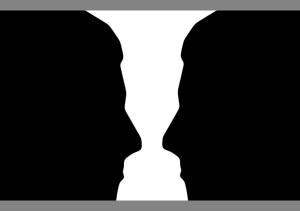 As I have commented on many posts in this blog, IBS is a condition that has no clear cause and no specific cure, but is often instigated by a traumatic life experience that carries a particular significance to the individual and may be represented by the symptoms.

Jenny’s IBS commenced with a meal, at which her fiancée told her of the affair he had been having with a friend of theirs, who had become pregnant. She was suddenly and violently ill and left the restaurant, the relationship and her job and moved to another city, but she couldn’t leave her shock or her food intolerance behind. Her symptoms could only be rectified by following a particularly strict diet that avoided any foods related to the context of that fateful meal. Symptoms following trauma can seem to perform a logical protective function when seen from the context of the traumatic event or situation. Jenny’s illness might be regarded, as Freud once commented, as a disease at the level of the idea and may only be cured by a treatment that works at the same level.

According to the testimony of patients, many different treatments can work for IBS. They not only include drugs, but also many natural treatments or diets, and a variety of psychotherapies or body based complementary therapies. The efficacy of any physical treatment for any individual with IBS depends not just on their biological activity but also on the faith and belief that they have in them, and this often depends on the marketing. ‘Take the good bugs to get rid of the bad’ for probiotics is a very powerful message that resonates for many patients worried about the contamination of their lives. And as far as psychotherapy and some complementary therapies are concerned, it is not necessarily the particular modality of therapy that works, it is as much if not more, the relationship the patient has with the therapist. How else might we explain the effectiveness of homeopathy?

Nevertheless it can be very difficult to ‘prove’ that any treatment is effective for IBS because the ‘placebo’ response is so high. The gold standard to establish the efficacy of any drug is the double blind randomised control trial, in which the active drug is compared with an identical blank or placebo. In most trials, between about 30 to 60% of patients with IBS respond to the placebo. This is especially the case for pain than other IBS symptoms. This means that many patients have to be recruited to establish that the active drug works better than the belief in the treatment. Doubt is compounded when patients are asked which they thought was the active treatment; they often get it right. And even when statistical significance can be established, does a result that 48% of patients respond to the active treatment compared with just 40% on placebo convey any biological significance?

The situation is even harder for diets. There are so many different foods that it is impossible to conceal which is the active treatment, and most patients volunteering for a trial will already know the diet and formed their own conclusions which the results will of course prove. And as far as trials on most supplements are concerned, the expense of a randomised control trial is often too prohibitive.

So we might conclude that with a condition as varied and individual as IBS, it is impossible to establish with any degree of certainty objective efficacy for any drug or therapy, though when subjective testimony is concerned, everything seems to work for some of the people some of the time.

This need not be the counsel of doom it sounds. It is just that people expect their doctor to be able to sort it out with effective treatment. The reality may be that a person’s treatment, like the food they like to eat, the house they live in, the shampoo they use, their washing powder, the pets they look after, the car they drive, the job they do is more a matter of personal identification than efficacy. If we can find a treatment, a diet or a way of life that suits us, then it will provide the time to be able think and talk about what happened, and in time the disease may just go. We just need to think a different way

4 comments on “It is not always what is so, but what you think is so”