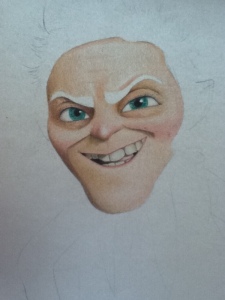 When The Queen successfully discovered the name of the manipulative goblin, Rumplestiltskin, she was instantly relieved of her promise to give him her first born child.  Naming a thing gives us control over it. I have called you by name. You are mine (Isaiah: 43.1).

Calling a combination of otherwise unexplained gut symptoms, The Irritable Bowel Syndrome, makes it a medical condition;  something doctors can control.  IBS can be labelled, defined, classified and categorised.  It can become a focus for diagnostic criteria and research.  It can be investigated, subdivided, treated and managed.  Instead of an ill defined group of unexplained symptoms, the diagnosis of IBS may convince some patients they have an illness that can be understood and managed.  But perhaps it is the doctors who need convincing. There is power in a name,  but if that the illness cannot be supported by a specific pathology, physiology or cause, then the name is no more than a fiction: a label employed by doctors and food and drug companies to ‘manage’ those patients with illnesses that do not fit objective disease categories.

Names have meaning and the power of nomenclature resides in that meaning. Let’s examine the components of the term, Irritable Bowel Syndrome.  Irritable implies an awkwardness, a difficulty, something born out of resentment that will cause trouble. Bowel implies that a disease that is confined to the intestines whereas for most patients, it encompasses. Syndrome is the medical term for a condition, characterised by a group of symptoms with no certain cause,  Only the latter is correct and only by default.

Confining the illness to the bowel or to a particular emotion conceals its true nature.  One of the best descriptions for the state of mind-body dysphoria that includes IBS was coined by Thomas Sydenham, the English Hippocrates, in 1673. Only then doctors called it Hysteria, after the restless, wandering womb that travelled around the body and generated symptoms wherever it stopped.

Of all chronic diseases, hysteria is the commonest….. The frequency of hysteria is no less remarkable for the multiformity of shapes that it puts on; violent headaches, occasionally followed by vomiting, violent coughing, spasms of the colon, … diarrhoea, pain in the jaws, shoulders, hands legs and particularly the back.  Few of the maladies of miserable mortality are not imitated by it.  Whatever part of the body it attacks, it would create the proper symptoms of that part. …The remote or external causes of hysteria are overordinate actions of the body and still oftener over-ordinate commotions of the mind…. Hence, as often as females consult me concerning such bodily ailments as are difficult to determine by the usual rules for diagnosis, I never fail to carefully enquire whether they are not worse sufferers when trouble, low spirits or any mental perturbation takes hold of them.

Other names have been used for different aspects of the same condition.  Melancholia, hypochondria and The Spleen referred to altered blood or black bile found in that organ but also carried connotations of sadness and despair.  Irritable weakness and neurasthenia referred to the tiredness and lassitude.  Shell shock, broken heart and PTSD identified the important role that trauma had to play in the symptoms.  It is only in recent years that all the various manifestations of these all embracing terms have been medicalised and divided into specific but overlapping syndromes, but in doing that the essence of the illness has been lost. Other cultures use other terms. In the Punjabi people, dir ghirda hai, or the sinking heart, is associated with profound fear os social failure, loss of honour and low self esteem. Men with this condition worry about their inability to control the sexual behavior of their wives, sisters and daughters.  It is a powerful expression of shame.

What we don’t know frightens us more than what we do.  When we are ill, we think about our illness nearly all the time. Our whole world is for a time centred on the illness. And if the illness goes on and on for months or even years or keeps coming back to afflict us when life is hard and  doctors don’t seem to understand it, we fear they are missing a serious disease?  We want the reassurance of another test, a definite diagnosis.  But are people calmed by the reassurance that it is just IBS or just irritated by an off-hand statement that lacks meaning and does not recognise the severity of their individual experience?  Or is this the way doctors reassure themselves? Would it be more honest to just describe ailments by their symptoms without having to regard them as syndromes awaiting the discovery of a cause?  Would this not free us up to see them of different expressions of a state of illness or dysphoria and look not so much for the specific pathology, but also for the meaning why one person expresses their illness in their gut, another in their back, another as headaches or breathlessness?

So should we go back to the future and acknowledge that happens to us interacts with our genetic, historical and microbial constitution to induce an illness that has an expression as individual as a fingerprint or iris?  If we did, then doctors and other healers would not need the reassurance of diagnostic labels for long term unexplained illness like IBS, but would be free to practice their art in restoring bodily function through changes in diet and life style and calming the emotional centres of the brain.

For further information, see Read NW. Sick and Tired, Healing the Illnesses Doctors Cannot Cure  Phoenix 2006. Ch1. What kind of illness are we suffering from? .