SIBO. Is it a major cause of IBS? 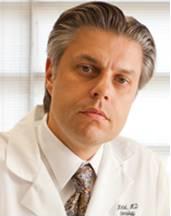 When I was training to be a gastroenterologist way back then, Small Intestinal Bacterial Overgrowth (SIBO) was a rare diagnosis, most often found in patients with blind loop syndrome.  This was a time before treatments for Helicobacter pylori, when surgeons would remove part of the stomach for ulcer disease and cancer and connect it directly to the small intestine, leaving a blind loop of duodenum to carry the bile and pancreatic juices into the digestive stream.  It was known as the Roux-en-Y procedure – nothing to do with cooking, but a lot to do with digesting.  Deprived of the antibacterial effect of acid and subject to stagnation, this blind loop would get colonized by bacteria.  These would infect the digesta, fermenting carbohydrate and protein, degrading fats and bile acids and causing malabsorption, pain, bloating and diarrhoea.  The only treatment was high doses of powerful antibiotics.

Such blind loops are part of surgical history, but SIBO has experienced a resurgence which has split the gastroenterology community of experts.  For many American physicians, it is the most common single cause of IBS while others, mainly in Europe, tend to regard it as a misinterpretation of the tests that are used to diagnosis it.  Allow me to explain.

The Problem with Breath Tests

SIBO is diagnosed by breath tests.  The patient drinks a dose of lactulose, in effect a FODMAP, a unabsorbable disaccharide that is known by many as the laxative, Duphalac.  This travels down the small intestine and when it meets sufficient bacteria, usually in the colon, it is fermented, releasing hydrogen gas.  Hydrogen permeates into the blood stream and can be detected in breath samples.  It usually takes about two to four hours for a dose of 25g lactulose to reach the colon and cause a spike of hydrogen, but the time can be much shorter if the small intestine is colonized by fermentative bacteria. Dr Mark Pimentel’s group in Los Angeles have shown that as many 80% of people with IBS might have SIBO1.

It seems a ‘no brainer’, but hang on a bit.  All the lactulose breath test shows is that the sugar is reaching a pool of bacteria much quickly than usual.  In the nineteen eighties, Dr Immanuel Bergman, a scientist at The Safety in Mines Research Establishment in Sheffield, invented a portable hydrogen monitor, which he generously let us use to measure small bowel transit time in people with IBS.  We gave our patients a couple of spoons of baked beans (another FODMAP) as our source of unabsorbable sugars.  For us an early rise in breath hydrogen indicated an abnormally rapid small bowel transit.  We proved this by tagging our meal with radioactive Technetium 99, screening the patient with a gamma camera and showing that the rise in breath hydrogen coincides with both the arrival of the marker in the colon2 and the onset of symptoms of  pain and bloating3.

So what does the lactulose breath test show?  Is it small intestinal bacterial overgrowth or rapid small bowel transit?  Some diagnostic centres have refined the breath test by using a dose of glucose, which would normally be rapidly absorbed in the small intestine, but small bowel transit could be so rapid in some patients with IBS and diarrhoea that even some glucose might reach the colon and be fermented.

Things are rarely absolute in medical science and there certainly is a strong case to be made for SIBO in some patients with IBS.  The gold standard for diagnosing SIBO is to put a tube into the small intestine and culture the fluid aspirated.  Dr Mark Pimentel has shown that about 30% of a sample of his patients with IBS have a positive small bowel aspirate, though one wonders whether  samples could be contaminated by bacteria picked up in the mouth and throat.  Moving on, in a neat series of experiments, his group has demonstrated that mice infected with Campylobacter jejuni develop a paralysis of the small intestine with bacterial overgrowth.  This is caused by a toxin that resembles vinculin, a naturally occurring transmitter.  An assay of vinculin antibodies has recently been released as a test for SIBO and heralded as a biomarker for IBS4.

Trained at a time when we used good old fashioned clinical history and examination to diagnose most conditions, I wonder if there are features about SIBO that might be recognized clinically.  A few months ago in this blog, I reported a case (me) of nausea, bloating, abdominal pain and diarrhoea brought on by inadvertently swallowing river water.  I had had what I recognized as attacks of more ‘typical’ IBS before, but this was quite different.  The first thing that alerted me to the possibility of SIBO was the eggy burps.  Something (possibly the parasite giardia lamblia) has clearly stopped acid being secreted in my stomach, which was then being colonized by bacteria.  At the same time, I had bloating and what I can only describe as flickering pains high up in my gut accompanied by the high pitched squelches and gurgles I associate with an irritated small intestine.  And then the diarrhoea started, frequent, watery (7++ on Dr Ken Heaton’s Bristol Stool Scale) and large volume.  It lasted for three days and then my stomach started secreting acid again and everything returned to normal.  I never took any medication.  I just drank large amounts of lemon juice in warm water.  I have since had the same attacks on three separate occasions, each time caused by wild swimming and swallowing water.  So was I like Dr Pimentel’s mice?  I must admit I didn’t spot any in the river?  Can SIBO clear up spontaneously? And if doesn’t, what causes the symptoms to persist?

Dr Pimentel and others have shown that a poorly absorbed, broad spectrum antibiotic, Rifaximin, can effectively resolve symptoms of IBS in again about 80% of cases, presumably by blocking fermentation5. A low FODMAP diet would presumably work in a similar way, as might some probiotics or even colonic irrigation.  There’s more than one way to skin cats or treat IBS.

The question is whether Rifamixin is a specific treatment for SIBO. Would it not reduce fermentation by depleting the normal colonic bacteria flora?  Not necessarily, say the experts.  Rifaximin is soluble in bile and since bile acids are almost completely absorbed in the normal small intestine, it should not work in the colon.  Well, that may be so in people who do not have IBS, but, as I have argued in a recent post, bile acid malabsorption is common in IBS-diarrhoea, so Rifaximin would remain active and destroy the colonic bacteria.

Is that a good thing?  We already know that broad spectrum antibiotics can bring on IBS and there is a whole industry around taking probiotics to replenish these.  Even the advocates of a low FODMAP diet are concerned about the depletion of beneficial Bifidobacteria spp.

I am sorry if this sounds negative.  We have had ‘breakthroughs’ so many times with IBS that I do wonder if medical scientists are not in danger of creating another philosophical blind loop with SIBO. IBS does seem the Bermuda triangle of medical research.

But what is your experience?  Was the diagnosis of SIBO a turning point for you?  Did Rifaximin resolve your IBS?  Did the effect last? Do write and tell us.

This entry was posted on April 9, 2016 by nickwread in Small intestinal bacterial overgrowth and tagged Irritable Bowel Syndrome, Microbiota, SIBO.