When it all becomes too much. 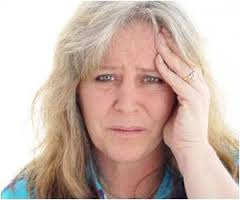 Jenny was waiting outside in the street when I arrived, enjoying one last cigarette.  Even though we had only communicated by email, I recognised the tragedy etched on her face.  My consulting room was on the first floor.  I offered to take her bag and coat as she laboured up the stairs.  ‘I would climb a mountain to see you’, she commented breathlessly as she rested on the landing.  No pressure there then!

She took time to organise herself and settle, before opening a thick folder.  ‘Right!’   She spoke slowly and deliberately as if she was struggling to find the words.  She knew how she felt, but it was easier to read out the results of the tests and what treatments she had received.  When I asked her about her symptoms, she twisted in her chair, and grimaced with pain, and then haltingly and with great difficulty, told me about bouts of severe crampy lower abdominal pain that were often associated with watery diarrhoea and the expulsion of foul smelling gas.  She also had extreme fatigue, brain fog, pains in her back and joints and unsteadiness on her feet.  The exhaustion and bodily pains were worse when she tried to do anything.

These symptoms had been there for years.  She had had a full compendium of investigations from various hospital specialists, but the results were all normal and she had inevitably been discharged with vague diagnoses of Irritable Bowel Syndrome and Chronic Fatigue Syndrome.  She trawled the internet for solutions and spent her meagre income on a variety of nutritional supplements and appointments with complementary health practitioners.   Her latest nutritionist had diagnosed food intolerance and queried Small Intestinal Bacterial Overgrowth (SIBO), prescribing a combination of probiotics and antibiotics  together with a low FODMAP diet.  She could not cope with the diet, preferring to keep to her own very restricted regimen, and the probiotics and antibiotics upset her.  That had tended to be the pattern.

The diagnoses of Irritable Bowel Syndrome and Chronic Fatigue Syndrome would undoubtedly fit, but for most doctors, these are diagnoses of exclusion,  grabbed like a lifebelt when the tests are negative.  Jenny also had debilitating  food intolerance, possible nutritional deficiency caused by an dietary exclusion and some as yet undefined neurological impairment affecting her speech, spine and limbs.  Her illness just couldn’t be contained within a convenient diagnostic box.

But was there another way of looking at it?   Supposing the illness was examined, not as some insoluble diagnostic challenge, but as the consequence of everything that has happened.   I asked Jenny to tell me the story of her life with her illness.  Her account was a complex and fragmented narrative.  She had had ill health and unhappiness since she was 17, when she got married to her first husband.  She had been divorced twice and had no children.  She had suffered years of ‘solid trauma’; overwork, exhaustion, failed business, abuse, divorce and bereavement.  After her marriage and business collapsed and she lost both parents within six months of each other, she ‘ended up with a massive body break down – I could not walk without help’.  Nevertheless, she married again, but her husband’s health deteriorated and eventually ‘he collapsed in the car driving while  I was passenger. I was very badly bruised in bad state of shock. Police woke me up at 1.30 am to tell me he’d passed away’.

That was many years ago.  Jenny now lives alone, has no family connections and no real friends; her only contacts seem to be her elderly neighbour, ‘who is a bit odd’, tradesmen and health care professionals.  She is desperately lonely.  Her life is ruled by her illness.   Others would have given up long ago, but despite or perhaps because of her disabilities,  Jenny is determined to find a cure or somebody who can help.  She rails against the doctors, who never listen but just order tests, offer treatments that never work and ultimately discharge her.  Her loneliness and desperation make her vulnerable to suggestions from anybody promising cures, but all too often, she said, people seemed to regard her as crazy and avoid her.

I listened, overwhelmed by the enormity of her debility, but Jenny was not mad; neither did I think she was suffering from some incurable as yet undiagnosed disease.   Her diverse mental and physical symptoms made perfect sense when viewed from the perspective of a lifetime of trauma.

The psychiatrist, Martin Seligman, coined the term, learned helplessness to describe this phenomenon.   People can become so conditioned to repeated trauma that they continue to freeze and become ill in the face of stress even though it may be possible to escape and get better.  Those, who have suffered trauma are 4.7 times as likely to develop IBS and about 8 times as likely to develop Chronic Fatigue Syndrome; the two frequently overlap in the same person.  The illness can become so fixed that they define themselves by it and may join support groups to consolidate their illness identity.  This is not so much a pathological disease that will kill them, but more a protection from a terrifying and threatening world, offered by the refuge of illness.

The problem is that unless there is a medical ‘cure’, becoming ill just magnifies the trauma by frustration with those who might help, exhaustion with the unending quest for a cure, constant disappointment when hopes are dashed yet again and inevitable rejection.  And so, Jenny and others like her lose any will to fight and collapse into another relapse.  The answer is not to be found in more drugs and diets, it is more a matter of finding the time, space and appropriate help to escape their reliance on the illness.  A series of appointments with a counselor or therapist can provide a safe haven that can help to bring the trauma gently back to mind where it might be seen as something that happened ‘there and then’ and is not happening ‘here and now’.  But it is not always  necessary to unearth the archeology of the trauma, it may be enough to establish a life and focus away from the illness though some interest or activity that facilitates peace, containment and a renewed sense of identity and self worth.  This is the essence of mindfulness.

Jenny is at the extreme end of a spectrum.  Not many people have endured such extreme stress.  But there can be few of us who have not experienced some life trauma, be it the loss of a parent, the breakdown of a relationship, the disappointment of children, redundancy and unemployment.   Perhaps some people with IBS have experienced more such events and more severely; perhaps what has happened has left them so sensitive, that any change is seen as threatening and brings back the illness.

For those whose life and bowel have been blighted by what has happened, antispasmodics, a low FODMAP diet or probiotics  may all help to reduce the symptoms but they will not ‘cure’ the disease.  This will only happen if they can find a way of getting what happened into a present perspective, letting it go and finding a more healthy focus of confidence and well being.

Exercise, getting out of the house, meeting people, trying new things; moving the mind and the body can help so much to ‘live’ in the here and now and put what happened into that context.   But that will need to be the subject of a future post.

If any of what I have described above, applies for you, and your life is blighted by your unexplained illness,  I would recommend the following organization,  who can inform, advise and help you find therapists who understand:  PODS – Positive Outcome for Dissociation Survivors.

3 comments on “When it all becomes too much.”